Other Most Trusted Programs

Posted by Silvia Stagg at 9:15 AM No comments:

Coming up on CNN

They fight for freedom, then they fight for jobs. J.R. Martinez narrates "Voters in America: Vets Wanted?" Watch it on May 19th at 8 p.m. ET on CNN.

They fight for freedom, then they fight for jobs. J.R. Martinez narrates "Voters in America: Vets Wanted?" Watch it on May 19th at 8 p.m. ET on CNN. 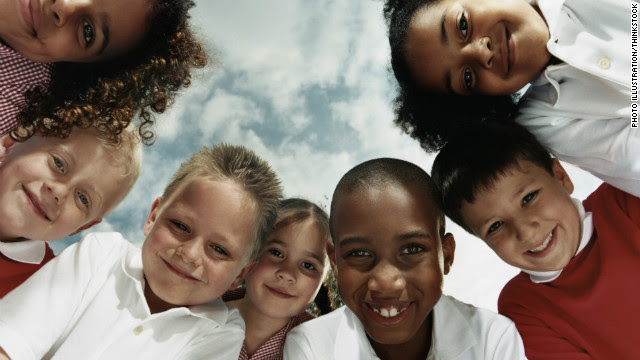 By Stephanie Siek, CNN
(CNN) – For the first time in the decade, the population of children younger than 1 is primarily non-white or Hispanic: 50.4% of the total population in that age category.

Minorities make up an increasing percentage of the United States population, especially among younger age groups, according to Census Bureau estimates of changes since 2010.

The total minority population grew half a percentage point between 2010 and 2011 to 36.6%, or 114 million people. The census defines "minority" as anyone who does not identify themselves as white (as a single race) and non-Hispanic.

Native Hawaiians and Pacific Islanders had the highest percentage of children younger than 18 in 2011, at 33.9%. Hispanics were a close second, with 33.5% of the population under 18. In third were American Indians/Alaska natives, a group whose children make up 31.6% of its population. Next were blacks, with 29.6%; Asians, with 25.9%; and non-Hispanic whites, at 19.9%.

Across the United States, 23.7% of the total population is under 18.

California had the largest number of single-race, non-Hispanic whites (15 million). It also had the largest populations of Hispanics (14.4 million), Asians (5.8 million) and American Indians/Alaska natives (1.05 million).

Hawaii was the state with the largest number of native Hawaiians/Pacific Islanders, with 359,000, and it was the only state in which Asians formed the majority (57.1%) of the population. New York state had the highest number of people identifying as black or African-American, at 3.7 million.

What defines you? Maybe it’s the shade of your skin, the place you grew up, the accent in your words, the make up of your family, the gender you were born with, the intimate relationships you chose to have or your generation? As the American identity changes we will be there to report it. In America is a venue for creative and timely sharing of news that explores who we are. Reach us at inamerica@cnn.com.
Send Feedback | Subscribe 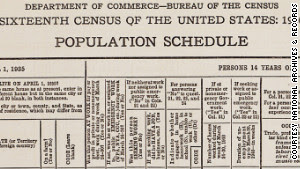 1940s census data is now available online. What can you find out about your family or home? 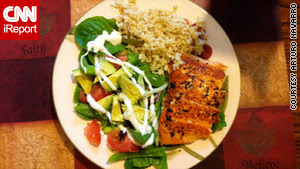 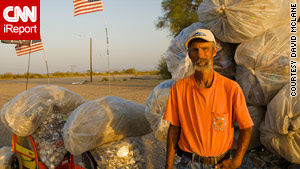 Cultural Census: How do you get around? 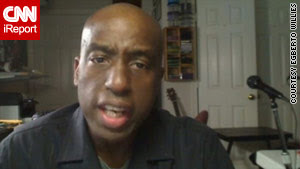 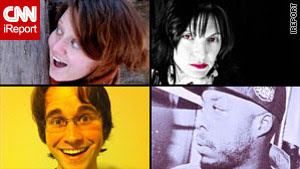 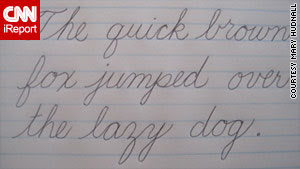 Cultural Census: Write this down

| Advertise with us | About us | Contact us | Help | Advertising Practices

Powered by WordPress.com VIP
| Part of

(CNN)– U.S. minorities now represent more than half of America's population under the age of 1, the Census Bureau said, a historic demographic milestone with profound political, economic and social implications.

"2011 is the first time the population of infants under age 1 is majority minority," said Robert Bernstein, a Census Bureau spokesman.

The latest statistics - which also count the national population younger than 5 as 49.7% minority in 2011, an increase from 49% in 2010 - portend a future of a more racially diverse America, with new and growing populations playing more important roles politically and economically in years to come, analysts say.

Like other analysts, Kenneth M. Johnson, senior demographer at the Carsey Institute and professor of sociology at the University of New Hampshire, isn't surprised at the trend.

"We've known it was going to come, but the question was what year the "crossover point" would happen, he said.

"Little children are in the vanguard of all this change coming to America." he said.

Johnson sees the trend as an opportunity for more Americans to embrace diversity. More children are going to be exposed to a more diverse group of classmates, and that will affect attitudes and outlook.

The changes are going to be felt first in hospitals, as well as schools, where an increasingly diverse child population has to be absorbed. Hospitals would need interpreters and translators, for example, Johnson said. English as a second language would be an educational priority.

While many regions such as Atlanta have a diverse population, other regions lack racial and ethnic variety and will have to deal with a new kind of population, he said. In declining rural counties, he said, an influx of groups like Hispanics would serve to renew communities and changes would ensue.

"For a country that's aging, we need young workers, and the growth of the minority population will contribute to the size of the young adult workforce," he said. "This is breathing new life into the United States."

Jeff Passell, senior demographer at the Pew Hispanic Center, called the Census numbers "a cumulative effect of 35 to 40 years of immigration" bringing large numbers of Latinos, Asians and other immigrants into the United States.

He said the Hispanic population in particular is very young, much more concentrated in child-bearing years, and has a higher fertility rate than the white, non-Hispanic population. Lately, he says, there are a lot more births among native Hispanics in the United States than new Hispanic immigrants, a "cumulative effect" of immigration.

If the trend continues, Passell says several decades from now, possibly in the late 2030s or early 2040s, the U.S. population will become less than 50% non-Hispanic white.

"This is a trend that we can reasonably expect to continue. The factors that determine this have been set into motion, and in demography things tend to change gradually," he said.

There were 114 million minorities in 2011, or 36.6% of the U.S. population, a bump of half a percentage point from 2010. The latest figures count Hispanics as the most populous and fastest growing minority group.

Asians numbered 18.2 million nationally in 2011, making them the second fastest-growing minority group - up by 3% since 2010. Figures show that California had the largest Asian population of any state at 5.8 million and the largest increase since 2010 at 131,000.

"Hawaii is our nation's only majority-Asian state, with people of this group comprising 57.1% of the total population. Los Angeles had the largest Asian population of any county (1.6 million) in 2011, and also the largest numeric increase (16,000) since 2010. At 61.2%, Honolulu had the highest percentage of Asians in the nation," the Census said.

The District of Columbia has the highest percentage of blacks at 52.2%. Mississippi has the second-largest at 38%.

Michael White, professor of sociology at Brown University, said the rise of minorities fits into a longer-term evolution of the U.S. population, a mosaic that has been adapting to ethnic change since the first Census was recorded in 1790. There have been many groups represented over time, from enslaved and indigenous peoples, those of European stock, and now to a population reflecting the wider world - truly a "melting pot," he said.


White says it's hard to say how the changes will affect politics and that one can't assume that ethnic patterns will determine voting patterns. Local economic issues, for example, will evolve differently in different states and cities, and there are economic benefits of having a younger population, he said.

"The political dimensions will play out differently," he said. And by the time the babies are old enough to cast ballots, "the United States will be a different place when they are walking into a voting booth."

William Frey, Brookings Institution demographer, sees political challenges for new immigrants and an economy benefiting from their presence. Many Hispanics and Asians are too young to vote or can't cast ballots because they haven't become citizens.

"It's going to take perhaps awhile before the younger people get more engaged in politics. They do have an impact in some places, like swing states, such as Nevada, Colorado and Florida. They can make a difference," he said.

He, too, says that newcomers to the United States bring an energy that invigorates the economic system and an older society.

"I think we're going to just see that the younger part of the population will have a different vibe," he said. "They are sort of needed to help our youthful image and to add to that vitality. They will bring a dimension and element we sorely need."

End of Article by CNN

1940s census data is now available online. What can you find out about your family or home?

Cultural Census: How do you get around?

Cultural Census: Write this down

| Advertise with us | About us | Contact us | Help | Advertising Practices

Powered by WordPress.com VIP
| Part of

Other Most Trusted Programs

Posted by Silvia Stagg at 6:29 AM No comments: